John Day is Board Certified as a Civil Trial Specialist and has been a trial lawyer since 1981. He is the author of Day on Torts: Leading Cases in Tennessee Tort Law and Tennessee Law of Civil Trial, and co-author of Tennessee Law of Comparative Fault. John was inducted as a Fellow of the American College of Trial Lawyers in 2002 and currently serves on the Board of Regents for the College. Recently, John was elected to the International Society of Barristers. He has been recognized by Best Lawyers in America for 25 years and is a member of the American Law Institute.  John is a graduate of the University of North Carolina School of Law, where he was elected to the Order of the Coif and served on the school’s law review.

Penny J. White is the Overton Distinguished Professor of Law and the Director of the Center for Advocacy and Dispute Resolution at the UT College of Law. She previously served as a trial and appellate judge as well as an Associate Justice on the Tennessee Supreme Court.  In addition to her duties at UT, White serves as a Visiting Professor at the Harvard Law School and as a regular faculty member at the National Judicial College.  Among Penny’s publications are benchbooks for Tennessee judges, the Tennessee Capital Case Handbook for lawyers defending capital cases, and an article in the Harvard Law Review.  Penny is an Order of the Coif graduate of UT College of Law, where she served as Editor-in-Chief of the Tennessee Law Review, and a 1985 graduate of Georgetown University Law Center, where she received her LL.M.

Joe Riley is a retired Rule 31-listed general civil mediator but is presently in semi-retirement mode.  Joe is a past Vice-Chair and member of the Board of Professional Responsibility. He previously served as Disciplinary Counsel for the Tennessee Court of the Judiciary, a body that investigated and prosecuted allegations of ethical improprieties against Tennessee judges. Joe retired in July 2004 from the bench, having served 7 years on the Tennessee Court of Criminal Appeals and 18 years as Circuit Court Judge, with civil and criminal jurisdiction in Lake and Dyer counties. Joe is a Phi Beta Kappa graduate of the University of Tennessee and an Order of the Coif graduate of the University of Tennessee College of Law. Joe recently published his first book, Reelfoot Killins’, a thriller about a death penalty prosecution from start to finish, told primarily through the eyes of the veteran trial judge and attorneys. 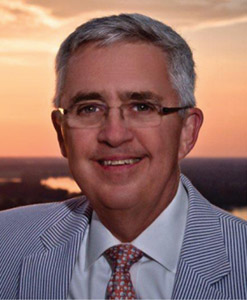 Returning for a command performance is Special Presenter Bill Haltom.  Bill recently retired after 40 years as a trial lawyer. During his career he tried over one hundred jury trials, ranging in topics from antitrust to medical malpractice to car wrecks. His career culminated in 2017 when he won a jury verdict of $22 million for his client in a personal injury case.  Bill now devotes his time to teaching, lecturing, and writing. He is the author of seven books, including his latest, “Full Court Press: How Pat Summit, a High School Basketball Player, and a Legal Team Changed the Game.”